Home>Blog >What We Learned From Wonderland AI Summit 2021

What We Learned From Wonderland AI Summit 2021

The third Wonderland AI Summit was held on October 21 & 22 and it gathered over 2500 people from all around the world and once again lived up to its status as the most innovative event in the field of Artificial Intelligence in the world. The attendees had a unique opportunity to follow and participate in many online sessions hosted by the most recognized AI minds from industry-leading companies.

Partnered with Huawei, Microsoft, Dell Technologies, Quantox, Anari AI, and Intel, this two-day Summit hosted 100 speakers on 4 different stages – Main, Tech, StartUp, and Edu, and over 50 companies at the virtual expo. The main goal of Summit was to initiate and promote a discussion regarding Artificial Intelligence and its ethical use for the greater good. Therefore, both speakers and attendees had a chance to share their experiences, expand their knowledge, and discuss the immense importance and power of AI in our past, present, and future.

The Summit was opened with the powerful statement of Summit’s founder and CEO of Anari AI – Jovan Stojanovic who claimed the following: “AI isn’t accessible to everyone, but we need to bring AI for everyone. Imagine every organization can have it with just one click to implement. That will create the diversity we need.”

One of the main questions raised at the Wonderland AI Summit was about the Benefits & Risks of Artificial Intelligence which was discussed at the eponymous Panel on the Main Stage. Prof. Merouane Debbah, Tannya Jajal, Peter Scott Marian, Gazdik, and Susan Fourtane gave their expert insight about people’s fears and main concerns about AI and how to overcome them.

“People have fears about technology, as they had in the past, but I think that’s the question of the education of the general population about AI,” said Susan Fourtane, and Peter Scott concluded that “We don’t have to be concerned about what technology is doing but what people are doing.”

The same outlook on this topic had Bern “Benno” Blumoser, the Innovation Head of Siemens AI Lab, who said that “The biggest threat for humanity is not AI, it’s us humans – but AI can help us address the world’s huge challenges”.

Hosted by the amazing Hubert Grealish, the Main Stage at WAIS provided many interesting sessions about real-world applications of AI. Summit’s attendees had a chance to hear Anna Nordell (Sana Labs) explain how AI changes the way we learn or Dr. Zhou Bin (Huawei) talk about building an intelligent future with a vibrant ecosystem. Dima Turchyn talked about the Microsoft AI platform and its recent development, while Elena Sokolova explained how Amazon’s Aleksa works. Participants could discuss the trends in AI for medical imaging with Patrick Bangert (Samsung SDS) and the application of AI in motorsports with the famous formula E driver, Lucas di Grassi.

Mooja Asghari, Jeff Butler, Nazareen Ebrahim, and Roey Mechrez at the Panel “Woman in AI” discussed the current position of women in the field of artificial intelligence, their role in men-lead companies, and their general interest in the world of AI.

“The fact that we don’t have enough women in these roles that we so urgently require, especially in management and suite executive positions for technology businesses, is because that’s a global cultural problem from my perspective,” said Nazareen Ebrahim (Socially Acceptable)

Even though he opened the Main Stage, Zoltan Istvan, AI Journalist and Founder of the Transhumanist Party, rounded out the Summit with his session “Artificial Intelligence is About Much More than Just Computers–It’s About Changing the World and the Human Race”.

For the first time this year, Wonderland AI Summit hosted 10 world-leading investors and 9 Startup companies in the AI field on the Startup Stage. Investors shared their experiences about investing in Startup companies and what are the crucial qualities they look for when investing. On the other hand, representatives of these Startups had an excellent opportunity to present to investors the innovations their companies have to offer.

The first day of the Summit was reserved for investors and their sessions. Henry Jefferies (Accel) talked about the investors’ perspective on MLOps, Serhat Aydogdu (D4 Ventures) explained why people invest in AI, and Joris Jeelof (Roadeo) discussed the revolutionizing role of AI in various industries. On the same Stage, Sasha Vidiborsky (Atomico) and other experts led another amazing Panel called “How to raise seed round for an AI startup”. Startup pitches were held on day two, so the investors and other attendees had an opportunity to hear speakers from Unissey, Divs Technology, INVT, Polar, and other amazing Startups.

“To obtain node representations, use a neural network to aggregate information from neighbors recursively,” said Ankit Jain, a research scientist from Facebook, in his interesting session about deep learning on graph-structured data.

One of many topics on the Tech&Beyond Stage was the implementation of AI in the fight for climate change. Smriti Mishra (Earthbanc) had some interesting observations about this in his session “Consciousness of AI” where he stated that “Innovative deep tech AI enables carbon MRV and markets to scale and meet climate targets.”

Captivating sessions were held at Edu Stage as well. Some of the main topics concerned the application of artificial intelligence in the digital world of social networks and the management of Internet data in large companies. Speakers from different world-famous companies such as Microsoft, Ekkono, Neoteric, AIMultiple, Zaka, H2O.ai, and many others talked about these important topics and gave us the scoop into the current projects they’re working on.

With over 80.000 minutes of sessions, 40 worldwide media press releases, more than 300 mentions of WAIS on Linkedin alone, and endless messages of appreciation, it’s an understatement to say that Wonderland AI Summit was a success this year. None of this would be possible without a team of passionate enthusiasts who stand behind the name of Wonderland AI Summit and everything it stands for. This year’s event has grown 8 times, so let’s make it to 16 next year! 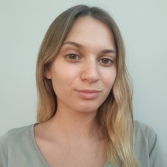 A student of philology who is passionate about languages, books, and old sitcoms: the AI world amazes me, and I am excited to be a part of it!